God gave us a laid back kid. I take no credit for the fact that my baby will patiently endure community meetings, board planning retreats, grocery shopping, baby yoga, dining out, and watching me work while she has tummy time. She’s just a good kid that way. 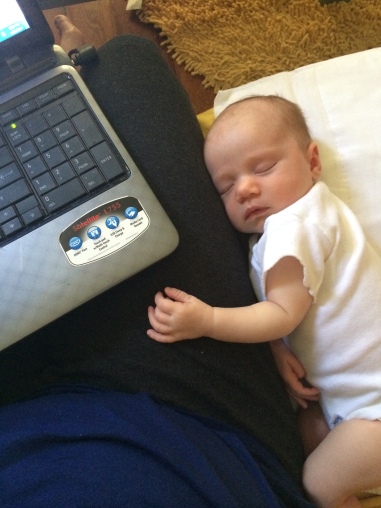 Still…I feel the temptation to think about all the things that are harder to do now that she’s around. Scheduling coffee dates. Chasing news stories (as tempting as it is to just stick her in the Boba and go, I somehow think it would diminish my cred). Writing. Reading anything but the most engrossing fiction (I’ve been on the same page of Survival of the Beautiful for, oh, three weeks).

Really, it’s hard to complete in depth thought about anything other than her and her needs. It’s not that I don’t care about those things anymore…it’s that I am immersed in this thing. Totally immersed.

However, as someone who likes to learn and try new things, I’ve been trying to open myself up to what mothering has to teach me. What are the disciplines that I am cultivating? When I think of all of the classes, cleanses, and retreats I have subjected myself to, in hopes of self improvement, it’s only fair that I treat this latest adventure as a chance to grow. Like a yoga retreat that smells like spit up.

1) Dexterity. I’ve never been particularly nimble. But trying to maneuver my wiggling baby with delicacy and precision as poop trickles up her back toward her white dress, all the while swapping out the dirty diaper for the clean diaper with enough clearance to keep her feet from landing in it…yes. My hand-eye coordination is improving.

2) Efficiency and strategy. I can’t say that I don’t watch movie trailers or clips of SNL anymore. I just watch less of them. And I don’t take quizzes on Buzzfeed or try on multiple outfits (I don’t need to. I’ll get a chance to try the next outfit when she spits up on the one I’m wearing now).

And I have to be strategic as I coordinate pumping, feeding, childcare, naps, meals, showers, exercise, and socializing. This is when I am thankful to live so close to museums, the river, and Pearl.

The planet should thank Moira. My showers, though consistent and daily, are shorter. My bank account should thank her because there’s no more “impulse” to impulse shopping. My impulse is definitely NOT to lug her carseat out of the car and wrestle with her pacifier while I try on clothes. In fact, when I did have to go shopping with her, I, for the first time in my life, tried on one nursing tank top and then bought it in three basic colors. Done.

Basically, when that baby is not in my arms or latched on in some other way, I am not wasting time.

This efficiency is not the kind that sucks the value out of things, though. There’s still plenty of room for savoring (more on that later), in fact that’s part of why I have to be efficient with the little things, so I can savor the good stuff. Its the kind of efficiency that trims the fat and only chooses the prime cuts to fill the day. 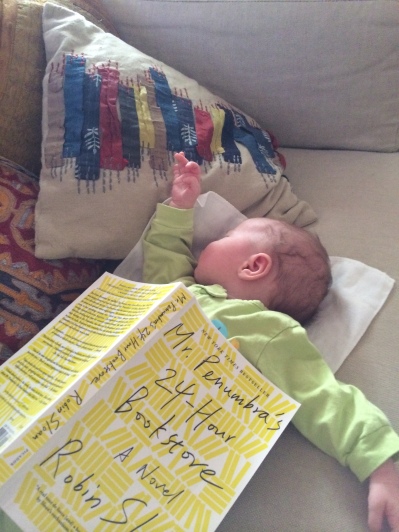 3) Rethinking the “day.” I wish I could say that I was suddenly firmly rooted in the present. That I had let go of compulsive planning or looking back in regret. Moira might make me enjoy the present more, but she didn’t magically make yesterday and tomorrow disappear.

So, while I still feel the need to plan the near future and evaluate the near past, I do think my time frames have shifted.

I’ve been thinking in terms of weeks, not days. If I looked at a given day and evaluated my sleep, her schedule, and what got done around the house, socially, or creatively, the whiplash of success and failure would be too much for my hormone-addled brain to bear. But when I look at weeks or even months, I see a more hopeful picture. There are growth spurts that give way to regularity. Sleepless nights followed by epic naps. We are going through fewer diapers per change. Nursing fewer times per day. Day by day, we survive. Week by week, we thrive.

It makes me wonder if before, I was asking too much of my days. Asking that each day have something to show for itself, instead of letting each day fall into place in the rhythm of life. 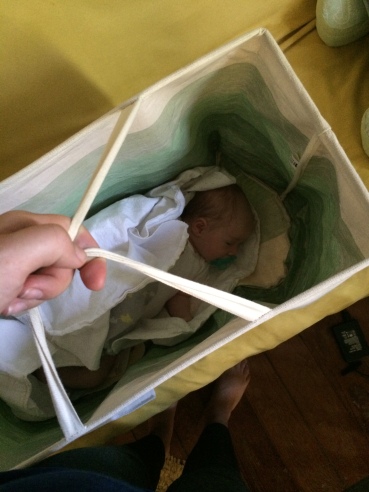 Helping with the laundry, part I 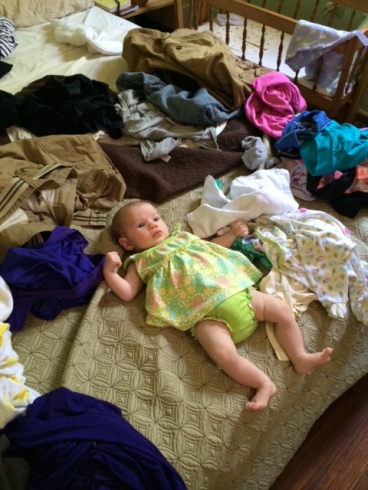 Helping with the laundry, part II

4) Delight. So, while I may be efficient with nap time, I am down right leisurely with our nursing and play time. I watch the Cosby Show while we nurse, without an ounce of guilt. When else will I ever be able to binge watch my favorite shows? (Plus, breastfeeding has not been my favorite, so the reward is nice.)

I’m also delighting in my own endeavors. I’ve gotten clearance to exercise again, and each minute of yoga class is a delight.  I don’t have to drag myself out of bed for Bible study. I’m all about it. Same with reading my Bible and/or devotional book. When it happens, the scarcity of those quiet moments makes them delectable.

Mostly thought, I have no problem sitting with Moira and cooing at her for hours. When she’s five, I want to know that I’ve gotten every giggle, smile, and “zrbtt” (thank you, Rudy Huxtable) along the way. Kids aren’t like television. There are no reruns. There’s no “next time she’s this age.” For her, it’s also scarcity that increases my delight. I know these days are few. 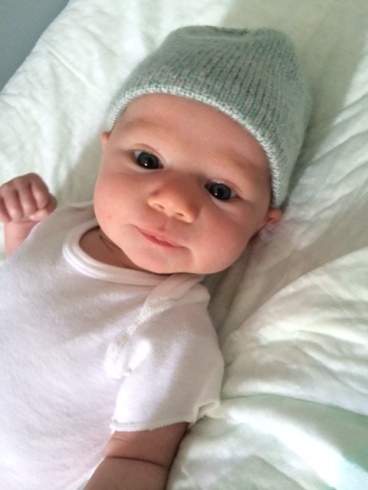