Usually mine and Lewis’s vacations are less like a relaxing getaway and more like well-structured 240-hour game show to see how much we can possibly hike, eat, swim, explore and experience before a buzzer goes off and we’re sent home.

We like to go places we haven’t gone before. Which means we’re on a mission to see as much as we can before we leave.

But this time, we were tired. Work had run us both ragged and I was spacey and tired from all the baby growing I’ve been doing. So we were looking to really VACATE. We wanted to sleep in, go slow, and make very few decisions of importance.

So where better than Sicily, where our main objective was to spend quality time with our friends the Garber family? We took in some sights, hiked around a little on Mt. Etna, and ate some gelato (and discovered granita, which is even better!) but the pressure was off, because the whole point of choosing Sicily was to see our friends, and that mission was well-accomplished. We even got in a game of Settlers of Catan.

These are the Garbers. Gil is in the stroller.

Hiking on Mt. Etna with Elliott. The volcanic tuff trails and evergreens winding up the side of the volcano seem a world away from the olive groves of the Sicilian countryside. And with the fog rolling in, the whole place felt almost isolated and private. Even with a merry band of German trekkers right behind us.

The friends we made in Agrigento, on our two night stay at a quirky little B&B overlooking the Greek ruins. 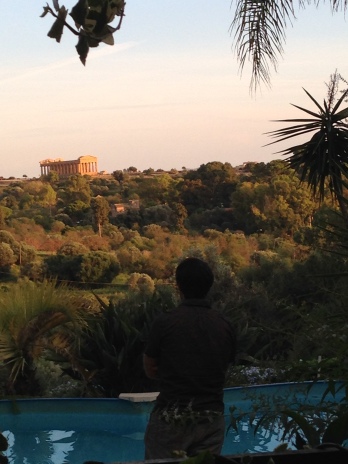 Lewis fulfilled a lifelong dream of driving in Europe. And we had all the classic experiences. Driving the wrong way down a oneway street, circling endlessly on the roundabout while we figured out where we wanted to go, and wedging ourselves into the tiniest of tiny spaces. The locals seemed entirely unphased by this. I think that’s what Itallians really have in their favor. In a country where “parking space” refers to any place you leave your car (sidewalk, middle of the road, whatever), people are super laid back about flustered tourists running stop signs and breaking other road “rules.”

Scala dei turchi. If ever you find yourself on the Mediterranean, this is really worth a stop. On our entire trip, this was the most spectacular thing I saw. 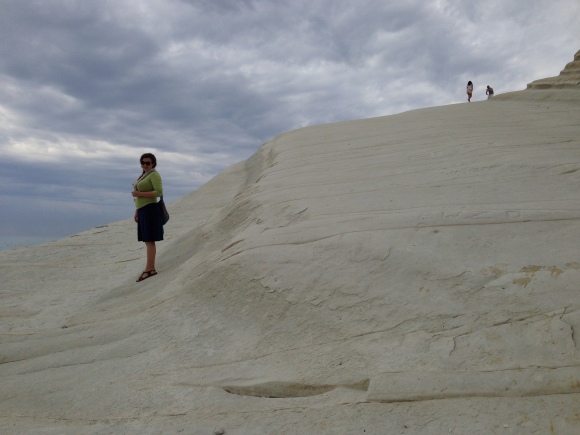 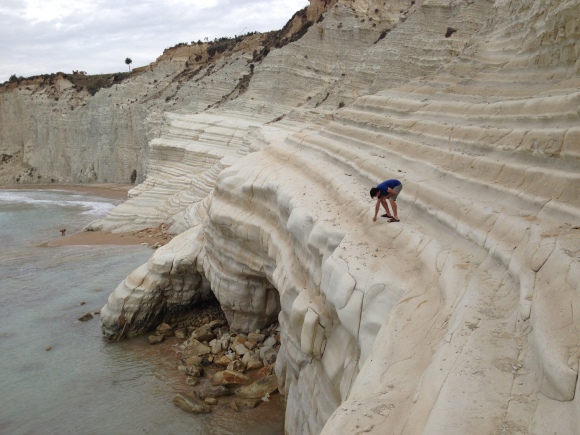 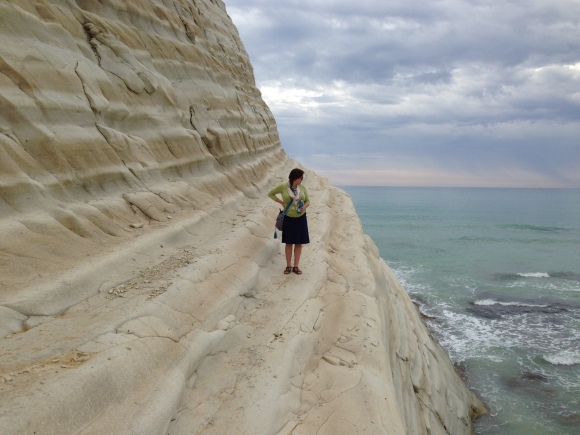 Our romantic dinner in Agrigento. It was preceded by a high-stakes parking predicament and followed by a dash through a movie shoot. We stopped and ogled with the crowd as a car full of classic Italian hooligans drove up to a storefront and assumed gangland stance (or at least the Hot Cops version of such) over and over and over. If it was menacing they were going for, they were missing it by a mile. If it was entertaining they were trying to achieve, they hit the nail on the head every time. 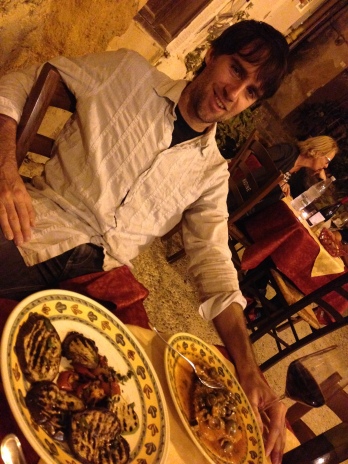 The medieval trumpeters rehearsing outside the Garbers fantastic hillside home across the street from the castle. Yep. You read all of that correctly.

Taormina. A lovely day in a picturesque world.

The antique market in Catania, which was really more like a citywide garage sale. Becca Garber perused antique toys, and I got some Italian leather shoes for 2 Euro. Happy Leather Anniversary to me! I also enjoyed the chaos and junk tables slowly close in around Lewis until I could tell that even if we’d stumbled upon a work of early Renaissance high art, he would not have been able to see it for all the rotary phone parts and doll clothes.

Gil and Lena Garber. Lena won over “That Man” to the world of little girls. Good thing too… 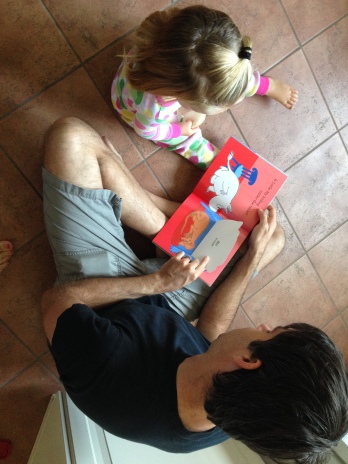