In which Florence experiences her first bout of puppy love.

(read in the voice of Florence, which sounds uncannily like a 14-year-old Claire Danes)

I guess I just…didn’t get it. I mean, it’s like, for your whole life there’s really just one human male that you trust and want to spend time with. Your Lewis. 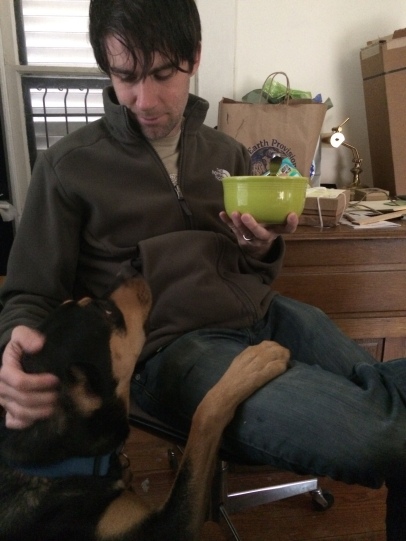 I love my Lewis. He plays with me, gives me treats, even takes me out running. I thought that this was the only human male I’d ever really need in my life. Like human girls think they are going to marry their dads.

He was new. His shoes smelled like dirt from places I’d never smelled before. And he cooks all.the.time. Which means his hands always taste like food. It’s amazing. 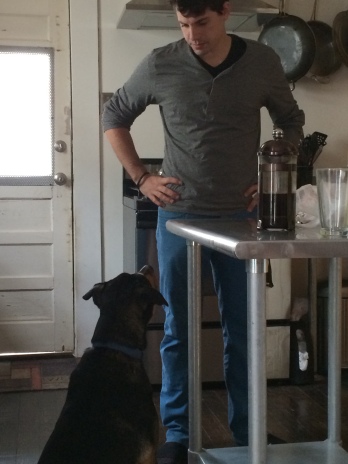 And he’ll play with me.

At first, I really was just excited to have a new person around. So many people come and go for dinners, and they all feel, like, obligated to play with me. I love new people. Play time is play time, I’m not terrible concerned with their motivation.

But Ben stayed. He moved into the Gray Off Limits room where Lewis and Bekah don’t live (they live in the Green Off Limits room). I don’t know what lives in there, because I’m not allowed to go in, but then Ben moved in there.

And over time, my excitement about him being a new human grew into what I can only call love. Sure it looks like opportunism and neediness…but that’s because people just don’t understand the…intensity…of my love. 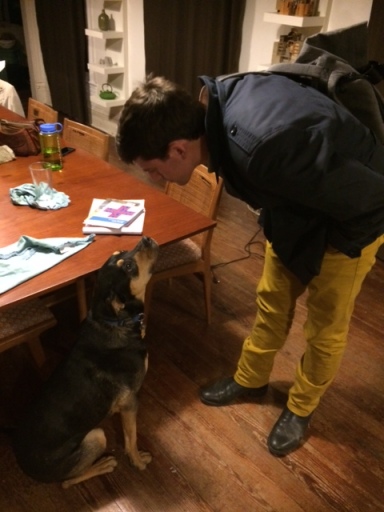 Bekah finally caught me sitting outside Ben’s door and crying, as I had been doing for weeks from the hours of 6 am to 8am. She put a stop to that…but she couldn’t tell me not to be in love. So I persisted.

Alas. It was not to be. The great tragedy was that he is allergic to me. He broke out in hives wherever I touched him. I thought we could overcome it with long sleeves and maybe a mask of some sort. But in the end…that’s just no way to live.

Ben’s moving out today…I can’t begrudge him wanting to live in an allergen-free environment. (Bekah said it’s because his apartment is ready and someone else is coming to live in the Gray Off Limits room. I suspect it has something to do with how huge she’s gotten. Wiley says that she’s going to put all the puppies in the Gray Off Limits room, but that seems stupid.) I’ll just…miss him. 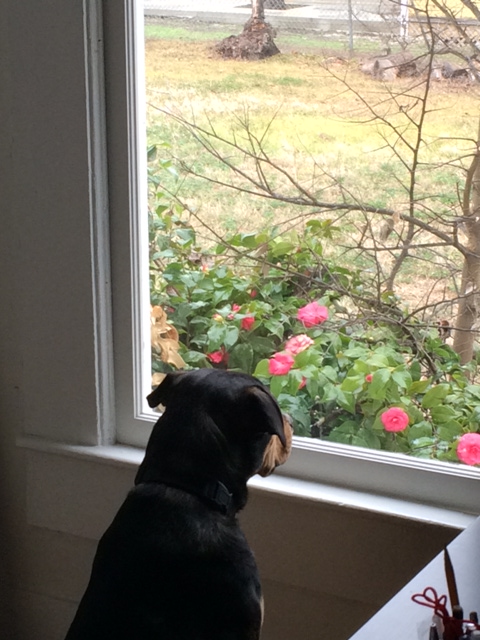