Whenever I travel (or sometimes just in life), it’s fun to have a bizarre goal. A life non-sequitur. Something that I’ve found online, through a friend, or in a novel that makes no sense with the rest of the itinerary (or my life).

Nine times out of ten, they are my favorite part of the trip (and life). Like flying to New York City to see the New York Ballet dance to Sufjan Stevens’s The Year of the Rabbit.

And yes, that one time out of ten, they fail spectacularly. I’m looking at you, Tombstone AZ and Antarctica Exhibit at the Natural History Museum of London. 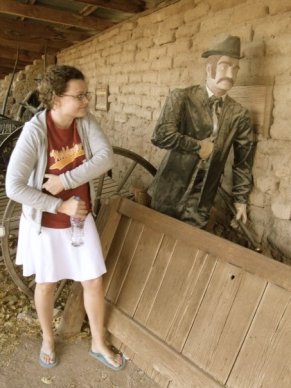 These are my five greatest hits in Itinerary Detours

1) Philly’s Magic Garden –  This place is so unique, so unlike anywhere else in the world I have been, that there wasn’t even a feeling, a sensation, or an emotion that arose as I walked through caverns, tunnels, and corridors of mosaics. The artist Isaiah Zagar and his students have created an ad-hoc wonderland where visitors can go in, through, under, and onto the art. Initially, it is such a surprise that I wanted to visually devour it. It wasn’t until I slowed down that the tide of inspiration rose around my ankles and swept me out to the sea of my imagination.

The museum is eerie. It’s set in the huge rally grounds, and the evil spirit of the regime still lingers, as scrubbed and polished as it is. That said, it is one of the most well done and informative interpretive efforts I have encountered.

I was alone. I traveled alone a lot at that point in life. But here my camera broke, so there is no proof or record of my visit. And I’m okay with that.

What he expected, and I did not, was Sou Fujimoto’s Cloud Pavilion where we stopped for coffee. The structure was some how crisp and angular, and playfully cumulus. The piece was temporary, as all the pavilion installations are. 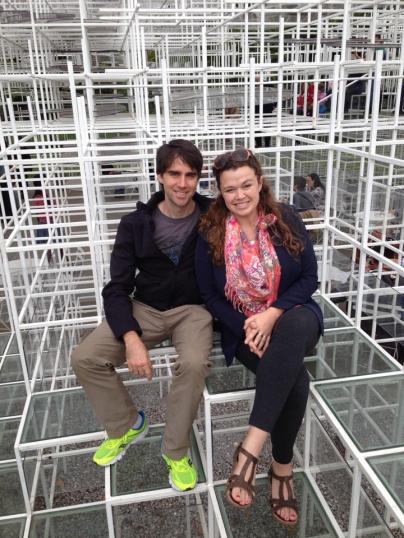 Really, that sums up what I love about London. In the city at the center of the world, something amazing is always stopping by, popping up in your familiar places, encouraging you to take a moment or two longer to explore. For a while there were multi-story tube slides in the Tate Modern.

6) City Museum of St. Louis – Had I not been pre-warned, I would have avoided the City Museum. I find it really hard to enjoy dioramas and plaques about the history of individual cities. Even if they have “great fires” and “black plagues.”

Fortunately, St. Louis’s City Museum has nothing of the sort. It’s an abandoned shoe manufacturing plant turned into 11 story playground. But it’s not tire swings and bouncy bridges. It’s a school bus cantilevered off the side of the building on the fifth floor. It’s unmarked crevasses and secret passage ways that may or may not be intended for use.

Each room has a different motif, but not so much a theme in the Disney sense. For instance, you can climb three stories winding around a pipe organ to take a slide. Or clamber up a net ladder to find a resting place in a barrel. The materials are concrete, metal, rope and other abrasive materials.

Another thing it’s missing: safety regulations. I bought kneepads and went back the next day. And I must say, of all my detours, this is the only one that be worth the trip even if you have no other reason to be in St. Louis (which is probably the case).

5) The Thing- This detour makes the list for it’s weird-factor. It is, to this day, the strangest paid-entrance attraction I have ever seen. And I can’t reveal here or anywhere else what is inside.

Here’s the logic: you own a gas station in Arizona along a desolate patch of I-10. The people who stop there will have been driving for, likely, hundreds of miles. You also happen to have a large collection of treeroots with faces painted on them, and medieval instruments of torture. Most of all, you have the “thing.” So, what do you do?

Well you make two investments, for starters. Three large barns in which to house your exhibits, and billboards for 200 miles in either direction.