This was a biggie. Lewis and our friend Liz James successfully surprised me more thoroughly than I have ever been surprised. I opened the door to find Liz bearing gifts and baked goods, completely out of the blue (she lives in Oregon). We then all went to a new restaurant, Lewis bought me a new jacket, and we saw a new exhibit at SAMA. I also tried mead for the first time. 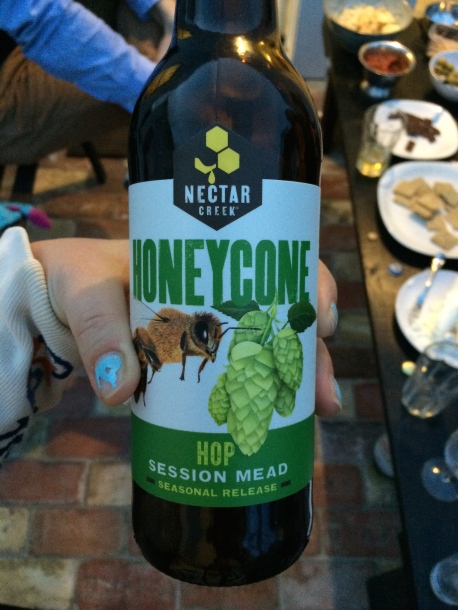 I needed a day off after all that new stuff!

I have lived on the East Side for 5 MLK days, and this was my first one to attend. To be fair, I was covering it for The Rivard Report, and I didn’t actually march, but I did get to feel the buzz of progress alongside national outcries for justice. And I biked further onto the east side than I have ever biked before.

Day 20: Gave an interview on the nightly news

This was not planned. I took Moira to a public meeting for the Lone Star Rail District. I’ve gotten to be quite a pro at community meetings, and it is usually appropriate to show up with my shoeless baby and my hair in a messy bun…shoulda worn a coat and tie to this one. Or at least not a frazzly bun and no makeup. I think the new chose to interview me because I looked like the kind of person who usually protests such things.

Day 21: New machine at the gym

I used the machine that looks like a recumbent bike. That is the most luxurious workout my quads have ever gotten. Ample seat padding, comfortable recline. Didn’t have to change my position to change the channel on the machine’s cable tv. I felt like I should be sipping a protein shake with a little umbrella in it and wearing head-to-toe Lululemon.

My final birthday present was an upgrade to our dining room chairs, which were being slowly de-caned by Moira. We chose the most comfortable coffee shop chairs we knew of, which happened to be lovely, mid-century Eames organic replicas. Fancy that.

The chairs in place.

In all my years in Texas, including the 18 month actually living ON Padre Island, I had never visited South Padre. So, when the opportunity arose to celebrate the end of the Disappearing Rio Grande Expedition, I jumped on it. And took my mom and Moira with me. Because what’s an adventure without three generations of intrepid women. 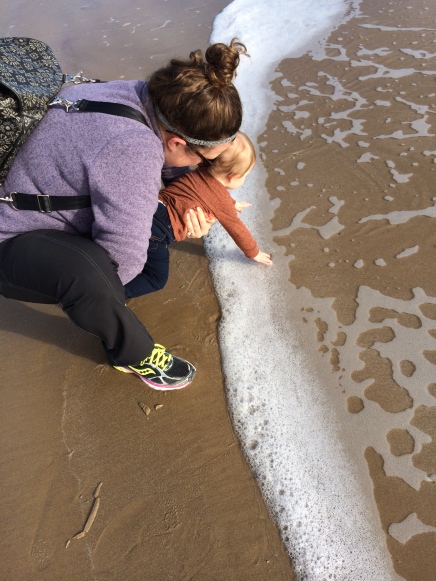 In addition to putting my daughter’s hands in the Texas Gulf for the first time (which I’m not terribly nostalgic about, as I have said some pretty awful things about the Gulf, most of which does not apply to lovely South Padre), I also took my mom and Moira to the World Birding Center for two hours of coastal birding along a mile of boardwalk. My mom looked for the resident alligator the whole time, and kept portending that it would show up any moment to gobble up whatever Great Blue Heron we were watching.

Moira slept the entire time, until it was time to leave. She woke up for the visit to the gift shop. And my mom bought her half the inventory.

This is one of those things that people always talk about. I’ve never tried it. Until today.

Moira and I had been in the car all day. So when we got home, Lewis immediately sent me out on a 7-miler, and afterwards we all feasted on ice cream and vegetarian food, picnic style at the Pearl amphitheater. We got our ice cream first, from Lick, the most delicious ice cream I’ve ever had. We even let Moira try our ice cream.

She then later accepted our offer of falafel in good faith and was gravely disappointed.

A big first. And last, for a while.